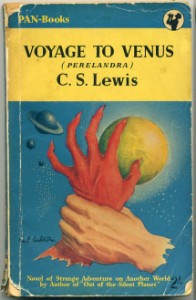 What, according to Genesis 1, is the nature of human identity and purpose in God’s original design for creation?

I want to start my essay with a reference to a novel by C S Lewis. The character Ransom, sent from Earth to the Edenic Venus, finally meets the Adamic character referred to as “the King” together with “The Queen”. Ransom is overcome, and lies prostate before them and finds himself involuntary speaking.

‘Do not move away, do not raise me up’ he said. ‘I have never before seen a man or a woman. I have lived all my life among shadows and broken images…. Take me for your son. We have been alone in my world for a great time’.[1]

The idea of Adam and Eve as royalty never appealed to me before, but it now seems probably to me in the light of study for this essay, that Lewis had grasped the royally, divine nature of Elohim’s creation.

I want to begin to examine what Genesis 1 tells us about the nature of human identity, and about our purpose. I intend to focus upon Gen 1:26-28

28 Elohim blessed them, and Elohim said to them “Be fruitful and multiply (rabah), and fill the earth and subdue it; and have dominion (redu) over the fish of the sea, over the birds of the air and over every living thing that moves upon the earth” [2]

The priestly author of genesis, known as P, tells us that the goodness of the creation was born by deliberate decision. Humankind was part of that creation, declared to be “Very good”.

Then God saw everything that he had made, and indeed it was very good Genesis 1vs 31

There has been much debate over many centuries about exactly what is meant by the “Imago Dei”(translates as “image of God”)  – what it means that mankind is created in God’s image (tselem) and likeness (demut) as in Genesis 1:26-28. Augustine, whose idea was widely accepted until recently, saw it as:

Embodied in the power of the soul, memory, intellect and will[3]

Much of the early church regarded tselem and demut as two separate aspects of humanity – one natural, one supernatural.  The majority of exegetes, until recently have gone with various metaphysical analogies or asked questions like “In what way are humans unlike animals, and like God?” This idea of our likeness to God being based on such questions has never sat well with me, especially since the recent arrival of our pet dog, who shows signs of cognitive abilities perhaps on a par with a young child.

Middleton sates that scholars have turned often to philosophical sources to interpret this image, and have therefore ended up pressing their own contemporary understandings onto the passage.[4]

To further our understanding of the nature of human identity we need to look more closely at the two Hebrew words, both what they mean, and how they are used. These words are “tselem” – image and “dumut” – likeness.

Selem … clearly refers to a cult image, which in the common theology of the aNE is precisely a localised, visible, corporeal representation of the divinity.[8]

Demut occurs some 25 times in the HB, and is mostly translated as “Likeness, form, appearance”, and the usage tends to be corporeal.[9] Demut in the vast majority of cases is used as a general term of comparison between two things.[10]

Whilst we can say then that tselem is a physical representation, most likely an idol, and demut means likeness we are still left with the question, “But what is it to be created in “Our image and likeness?”

A recently discovered Aramaic text from Tell el-Fakhariyeh has both Aramaic cognate words for tselem and demut, and both make undoubted reference to a statue of a king.[11] This is not unique; several aNE texts use “image and likeness” linking it to royal ideology. Since the basis for this appears to be physical, rather than say spiritual, mental or ethical, some have interpreted Gen 1 vs 26 to imply that God has an external form like ours,[12] which whilst an intriguing idea seems to go against much of what I have been taught.  Despite this, it is therefore logical to apply this royal motif to Adam and Eve.

Noting the fact that, for example, Egyptian Dynasty 18 texts describe the pharaoh as the representative of God on earth Schmidt argues that since the text in Genesis follows a widely understood, fixed formula, linking “image and likeness” with royalty, we can suggest that Adam and Eve where not only royal, but God’s representative too.[13]

Royal and God’s Representative – so…

Since the 1960s scholars have seen the imago Dei as being expressed in humankind’s dominion over the earth and its living things. Adam and Eve were created to have the God given authority and power to act, even function, like God, and so are in the “Image of God”, since that is what you would expect God to do.[14]

Adam and Eve’s royal status is further enhanced by the use of the verb rādâ which is often linked with kingship in the OT.[15] In Gen 1:26 we see the words tselem and demut and rādâ, which can be translated as “rule”, together.  Since we have seen that image/likeness implies royal nature, we here begin to unpack the purpose for this royalty – to rule/have dominion. In verse 28 we see Elohim giving dominion (rādâ again) over the fish, birds and every living thing to Adam and Eve, and telling them to fill and subdue (kābaš) the earth.  Humankind are to exercise “Jurisdiction and guardianship”, a unique blessing given only to mankind.[16]

Humankind were called to have a comprehensive dominion over the living things on the earth and not just over the “Domesticated” kind as suggested by “Cattle” in vs 26.  Norbert Lohfink suggest that the text implies “The domestication of animals in all spheres” ie earth, water and air.[17] This clearly hasn’t happened yet – and perhaps it wasn’t P’s intention to suggest this should – do “rādâ” and “kābaš” necessarily imply that there are to be no wild things left?[18]   Is Lohfink suggesting that P is stating that God’s purpose for humankind was to bring everything to the state of “Domestication”? To my mind, it’s more about Adam and Eve being able to properly care for and utilise the resources of the Earth for “Their good, and Gods’ glory”, and indeed this is suggested by the command to be “Fruitful”. It seems quite clear to me that in God’s original purpose for humankind was the concept of “Biblical Prosperity”, perhaps defined here as “Fruitfulness in all areas of life”.

Thinking further about rādâ Middleton suggests that “The utilization of animals for human benefit” might extend well beyond what P had in mind.[19] For instance the use of live animals in experiments – does the mandate given by Elohim in verses 26-28 include this? A supplemental question occurs to me; does God’s plan for the original purpose of human kind include such things that clearly would not have been required prior to the fall?

Kābaš (subdue) is a broader term that does not have royal implications, and can have a harsh or violent meaning. Middleton states however that the word is not intrinsically violent but

Rather expresses the general idea of bringing something or someone under control by the exercise of power.[20]

Wenham, in his commentary, states that the command to “Be fruitful and multiply” is a clear statement of Elohim’s purpose in marriage in that it is a rejection of the surrounding fertility cults and a positive statement about procreation.[21]

Middleton sums image and purpose clearly when he states:

… imago Dei refers to humanity’s office and role as God’s earthly delegates, whose terrestrial task is analogous to that to the heavenly court[22]

Surely Middleton has got this correct, but I think that the nature of human identity goes beyond us just being a “Delegate”, someone who is sent and authorized to represent others. There is more in this idea of “Image and likeness”, as recent research indicates.

But, there is more…

In his introductions to his paper on “Transubstantiated Humanity” Herring summarises much of what has have been said linking image/likeness with purpose.

…being the image of a particular referent determines that object’s role and place within the cosmos.[23]

So, if Adam is God’s image, we would expect him to “rule and subdue”.

However, we need to understand that the term “Image” had a deeper meaning to the Mesopotamians than it does to us. A good example of an image for us is a portrait photograph, which to us is nothing more than a representation of the “Sitter”. However, to the aNE mind an image was a

…material form, animated through ritual transformation, not standing for but actually manifesting the presence of the subject represented[24]

The image is his substance and a real presence … The image repeats, rather than represents, the King.[25]

Arkkadian statues/idols were entities, or manifestations of a divine presence, and in order for them to become so the image had to undergo a transformational process, such as the “Mouth washing or Mouth-Opening” rituals. Whilst there is no such ritual in Genesis 1,[26] Herring has argued that the context of Gen 1:26-28 is “Nothing if not transformative”. Greatly simplified the argument goes that Gen 1vs27 has characteristics in common with conjurations, and is followed by a blessing formula. Blessings were not just empty speech, but they carried the transference of power and destiny (cf Gen 27 – Jacob blessing his sons as just one example). This blessing acts to brings about the intended change in the sacred status of an image. So we have a picture of God, who has the required power and status, speaking words intended to change the power and status of his creation – Humankind – a “Transformation ritual”. [27] Adam and Eve become, as it were, extensions of Elohim’s presence.

It is clear that God’s purpose for this “Extension of the deity’s presence” through his “image/idol” was to continue through Adam and Eve’s progeny. Gen 5:3 hints at this by using tselem and dumut to describe Seth and Adam’s relationship, which occurs interestingly after the fall.  We see it again in Gen 9vs 6 where God says

Whoever sheds man’s blood, by man his blood shall be shed, for in the image of God He made man

meaning that if you kill a human you are “damaging” the extension of the presence of Elohim. As Herring concisely states:

humankind is the locus of divine presence, and as such, it should be highly cherished[28]

Finally, considering Gen 5:3 and Gen 9:6 together with psalm 8 where royal langague is used to describe man

What is man that you are mindful of him, the son of man that you care for him? Yet you have made them a little lower that God, and crowned them with glory and honour. You have given them dominion over the works of your hands[29]

We see the fact that Adam and Eve’s progeny are also intended to be royal in Elohim’s plan.

Adam and Eve’s identity then is far beyond just being a royal representation, having dominion over the earth and its creatures. We are in fact taking the place of the image/idol – an extension of the very presence of Elohim on the earth.

Genesis 1 is a polemic against the pantheistic paganism of his day. Here P is saying that there is only one God, and that Humankind was given divine identity. Divine humankind was not just to represent God, but to “Be God in his human ‘statue’ ”,[30] being fruitful, multiplying, subduing and having dominion but doing it all after the character of Elohim.

[18] Then again, perhaps to the Hebrew any concept of wildness was bad, a state of mind which is certainly not the case today.