For about two years I worked in the healing rooms, an international para-church organisation offering prayer for healing. The history of the Healing Rooms, based in Spokane is well worth a read, but for this essay I had to reflect on the shared beliefs of the group I worked with.  Some of these were obvious, such as ‘God still heals today,’ but as I reflected I realised that there were many assumed beliefs and practices that under girded what they did, and that a number of these were just assumed to be true.  Of course, this could be said about any ministry!

It is not my intention to knock the healing rooms. I was blessed by the people and the work. I both ministered and received ministry,  and learnt a lot on the journey. I shared the vision, and went week in week for nearly 2 years. It has been very interesting to look back though and consider what was going on!

Write a critical reflection on a practice of prayer ministry with which you are familiar. What theological assumptions are embedded in the practice? 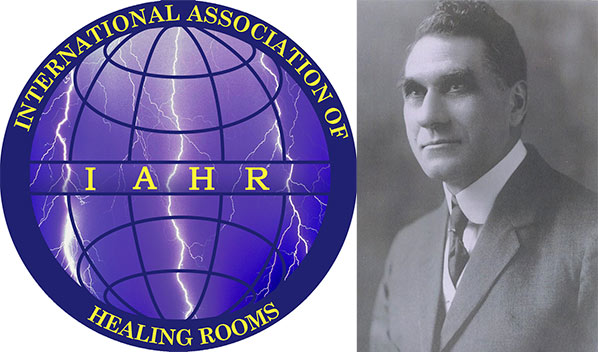 For a period of 18 months I was involved with the ministry of an international, para-church organisation known as ‘The Healing Rooms.’ In this essay I will briefly describe a typical healing session, and attempt to uncover, without personal comment, the underlying theology.

The charismatic language of the manifestation of the gifts of the Spirit was used extensively and without question. Thus it was expected that God would speak to the team, and that this could come through a variety of ways such as ‘words, pictures’ and scripture. These prophetic utterances were held in great esteem, as were the bearers of such messages.

The fact that God still heals today, was not up for discussion and great store was set on the sharing of powerful testimonies, often read in books or heard from other sources. God was the same ‘yesterday, today and forever’ and so it was widely assumed that if God could do these things somewhere else, he would want to do them in Enfield. Whilst it was never stated that God would always heal, it assumed that he probably wanted to in most cases since this was part of the atonement as referenced by passages such as Isaiah 53 and Matthew 8. If it did not happen, then this was most likely because of some block, and we should press in.

It was never taught that failure to be healed was down to lack of faith on the client’s part. Conversely it was thought that healing ministers could grow to be more effective, by increasing in such things as faith, anointing, understanding and experience. Explicit here was the belief that God had called us, like the disciples, to continue the healing ministry of Jesus, and that if the disciples faced problems and needed training, the same was certainly true of us.

Ministry sessions would always start with a time of prayer and worship before the clients arrived. Focusing on God for a few minutes before meeting the clients would help the team clear the business of the day from their minds, and allow them a time of cleansing and re-dedication. Concern was expressed if you missed the worship time, implying that somehow this would hinder the healing flow.

On arrival, clients were asked to fill out a form which included questions as to why they had come for prayer, and what their involvement with the Christian faith was. This was as far as a client’s beliefs and expectations were assessed since it was explicitly stated that clients did not need accurate theology in order to get healed. Their attendance was itself taken as implying a measure of faith in the healing ministry. This, and their expression of need was all that mattered, as in many examples of Jesus ministry the people just came, asked and were healed.

Ministry teams always consisted of three people, with mixed gender and preferably of varied experience. It was felt that Jesus model of teaching was of the ‘see one, do one, teach one’ variety and this was very much the training methodology of the Healing Rooms.

Once the client’s form was completed, it was passed to the ministry team who would gather around it, each with a hand holding it face down, unread. At this point the team knew nothing about the client other than their name, unless of course, they were a returning client. The team would then seek God for ‘prophetic words’ about the client – one of the team would pray a quick prayer, followed by a time of waiting in silence. It was taught that generally the first thing that popped into your mind at this point would be God speaking, and we were encouraged to trust that God would speak in this way. It was expected that all three members would ‘have something’ for the client and this could cause a certain amount of pressure. Theologically this was an unexplained given; God wanted to speak, and he would speak to us about the client. All we had to do was exercise our ‘listening muscle’ and learn to trust and weigh what came.

At this point shared insights would lead to connections between the words and pictures being established. The group as a whole would have signed up to the traditional evangelical belief in the inerrancy and import of scripture as our first reference to live life by. Yet bible passages were less frequently bought suggesting that, at least in practice, pictures and impressions were of more value than scripture.

Once the client arrived they were asked to stand in an open place with the leader directly in front of them and the remaining two workers behind. Generally there was some brief introductory conversation to help the often nervous client feel more relaxed, and to ascertain why they had come. At this point there would be some short prayers inviting the Holy Spirit to come, an unexplained practice in which the team were seemingly asking the Holy Spirit to conduct the ministry and to manifest his presence in some enhanced way. This underlined their theology that God did the healing, but that somehow he did it through the ministers – the workings of which were never explained. There was also a sense that God could be invited or even summoned. Often hands were laid on the client, an action that seemed to demonstrate a transference of some sort, but which was assumed to be understood by everyone without explanation.

At this stage the prophetic words would be gently shared with the client, who would usually respond favourably. If the words did not strike a chord they were simply allowed to fall by the wayside without pressure being applied. The two support ministers would be silently praying and listening to God for further enlightenment, which often came.

The client would be asked if the felt anything unusual in their body, or were having an emotional reaction. Experience had suggested that there often would be a physical reaction as a sign of God’s working, although a theological rationale for this was not presented and it was acknowledged that such reactions could be for a whole host of other reasons too. If the client mentioned something this was carefully followed up with further questioning and more prayer. The team would aim to ‘bless what God was doing’ and tried to encourage God to take it further. It seemed as if they believed that if they prayed the right prayer, took the right follow up action, or encouraged God enough then he would do what was wanted. Thus a theology of a somewhat reluctant God that needed persuasion to act was presented in contrast with the stated theology of God’s desire to heal.

At times the team seemed to be exploring for root causes, and it was suggested that some childhood family dysfunction or the actions of a dead ancestor could be to blame. This was a given piece of theology, the critical reflection upon which was mostly absent. The fact that Jesus healed with few words, in a short time, contrasted with the team’s explorations underlines the dissonance between their theology and practice of healing ministry.

Occasionally a client was sent home with a ‘prayer cloth’ which the team had prayed over and anointed. This could be used to minister to a relative, for example by placing under a pillow. It was taught that, in accordance with Acts 19, such cloths would carry the healing power implanted by the anointing and prayer, to the client, almost as if it were bottled in some way.

Sessions would last up to thirty minutes at the end of which the client was often asked if there had been any improvement in their symptoms. They nearly always seemed to have enjoyed the sessions, commonly citing the presence of God, and often came back for more.

Once the client had gone the team would prayerfully ‘cleanse’ itself, since experience had suggested that unhelpful influences could transfer to them from the client. The underlying theology here includes the transference of evil spirits, and even perhaps of sickness itself, which can pass between people, and hence the belief that the team were potentially at risk. However, the cleansing ritual demonstrates the belief that Christians, in the name of Jesus, have authority over this realm.

Underlying the practice of the Healing Rooms ministry is a bedrock of assumed theology, much of which, at least in my experience, is unquestioned or undeveloped. Major theological themes include that God speaks to his people, that he can be summoned and encouraged to act, and that roadblocks to such miracles can be overcome with persistence, experience and faith.

There is a substantial theology around the atonement and healing, and a clear belief that we are to take up the call to healing ministry. Whilst it is stated that God does the healing, there is much emphasis on getting the methodology right to enable God to act, although this belief is largely unstated.

Practices such as anointing with oil, and the laying on of hands were frequently used, and more unusual ones such as prayer cloths were available. In this ministry some practices were securely grounded in a critical theology, and some were adopted and developed because they had been found to produce good fruit in the lives of the clients whilst still lacking a clear theological framework.